Most Midwestern cities still rely on paint for crosswalks, although Minneapolis uses it more than others. Ninety-eight percent of Minneapolis’ markings are painted, compared with 80 percent for St. Paul’s 2,000 marked crosswalks. Milwaukee, Madison and Des Moines each hovered around 80 percent in a recent Minneapolis survey of other cities.

He learned how to lay the paint in the 1980s using a Harley-Davidson motorcycle owned by the city. It overheated too much, he said, so the city switched to the three-wheel vehicles currently in use.

The small motorcade of vehicles drives around the city four nights a week in the warmer months, tackling up to 50 crosswalks in a shift. During the winter the team manufactures traffic signs. Potholes and oncoming traffic are the biggest frustrations during painting season. 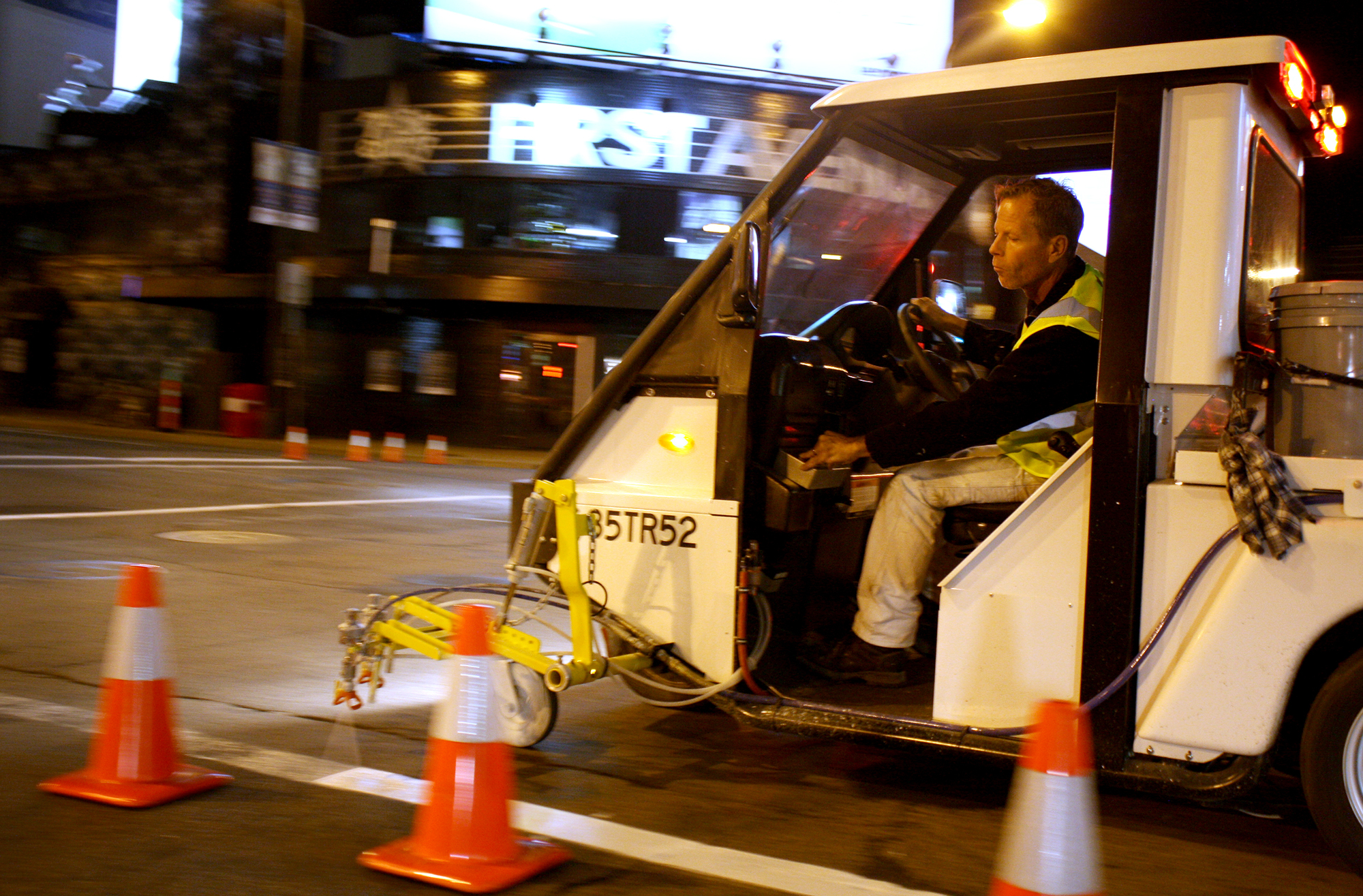